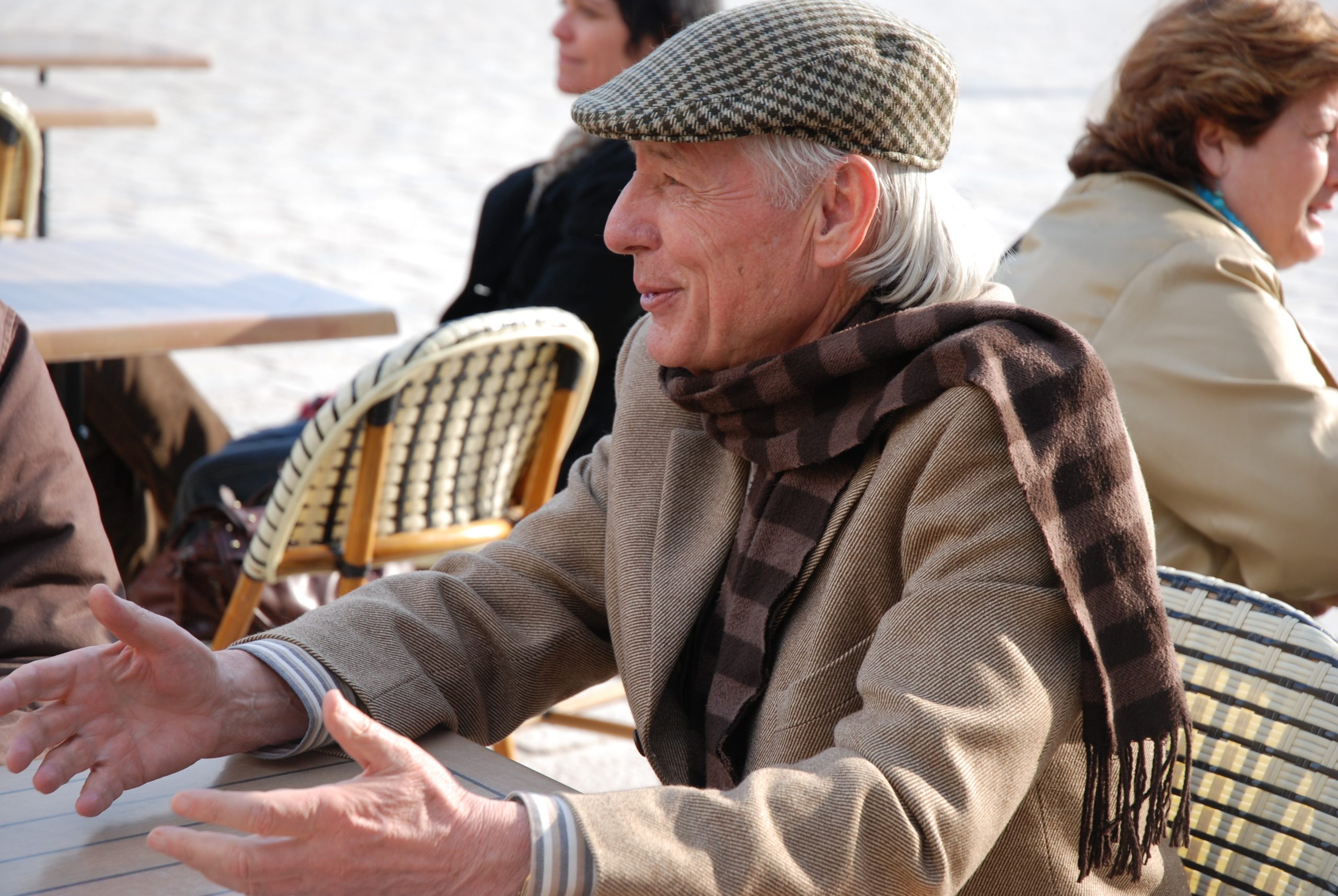 When one discovers the work of an artist, it is quite natural to try to find out which trend or which “school” it relates to. And for the commentator, there is a great temptation to take the easy way and connect the unknown and the known. With regard to the paintings of Catherine Tartanac, who does not hide her initial enthusiasm when she discovered the work of Alfred Manessier or Zao Wou-Ki, the New School of Paris comes to mind, that of the 1960s, that of non-figuration, of allusive figuration, of “atmospheric abstraction”, as has been said about Zao Wou-Ki. This would not be outrageously false, and yet, in my opinion, this is not what it is about. If this connection to a trend largely overtaken by today’s art and unjustly relegated to oblivion by “trendy” critics had any truth to it, we would be faced with a backward, even outdated work, only good for adorning the bourgeois salons of the women of taste who decorate them. But here, I believe that it is necessary to try to think differently, to let go of our gaze with the naivety of the first day, as the artist lets go of her brushes on the canvas without being encumbered by “schools” or “trends”, with the spontaneity of someone who has something urgent to “say”, and who says it. For if I think in terms of belonging to a School, that of Paris in this case – which does not mean much since it has put under a common label artists as different as, to limit myself to mentioning the most famous, the painters of the 20s: Chagall, Picasso, Modigliani, the Russian artists of the interwar period (Lanskoy, Poliakoff), or the “young painting” that came out of the war, both figurative (Brayer, Buffet, etc.), as well as non-figurative (Bazaine, de Staël, Manessier, Zao Wou-ki, etc.) – I could just as well name several artists of the New York School, by the preponderance of color and the freedom of form and expression that one finds in Catherine Tartanac.

I might as well admit that it is better to give up on this track, and try to speak about what we see.

“The subject matter – I wanted to copy it, I could not – however, I was pleased with myself when I discovered that it had to be represented by something else … by color. Nature is not on the surface, it is in-depth. Colors are the expression, on this surface, of this depth, they rise from the roots of the world”, wrote Cézanne. I have the feeling that I am not too far from the venture undertaken by Catherine Tartanac. Color is not used to animate the surface of her canvas but to reveal depths, distant secrets that she discovers within herself.

To this I would gladly add another element that seems to me to dominate her pursuit: light. The color and the light. Not color as light, but color as an emergence from – and sometimes as a screen over – a luminous indefiniteness. This makes me think of certain works by William Turner, who has been called “the painter of light”. In particular, the famous painting exhibited at the National Gallery in London, “Rain, Steam and Speed”, in which the artist makes the blacks and reddish-browns of the machine and the railroad gush out – he imposes them – in an evanescence where the natural world dissolves, with clouds, river, peasants in the fields, animals in flight… Of course, Catherine Tartanac takes us elsewhere. It is not a question for her to place radically different universes in opposition, nor to express the emergence of a technology in a world drowned in the blur of memory. The contrasts of her painting are only variations of her emotions, the appearances in the infinite and the indeterminate of the imaginary of colored beaches that she invests, through the contribution of materials or the mixture of pigments, to extract the least echoes of them, without stopping with what the surface alone suggests to her.
To conclude, I wanted to talk about the artist’s freedom, about the technique’s challenges, or about the painting market, which is presented to us through some huge canvas where painting sets its poetry. Although, talking about its freedom can only be justified if we also talk about what we less easily perceive at the first sight: her worries. Catherine Tartanac questions her canvas as much as she is confident. Not that she made a worried painting. What I mean is that to reach the serenity that her canvas provides, she had to answer the many questions that were in front of her just like one overcomes obstacles. It is this freedom worth fighting hard for who makes this artwork so and necessary. 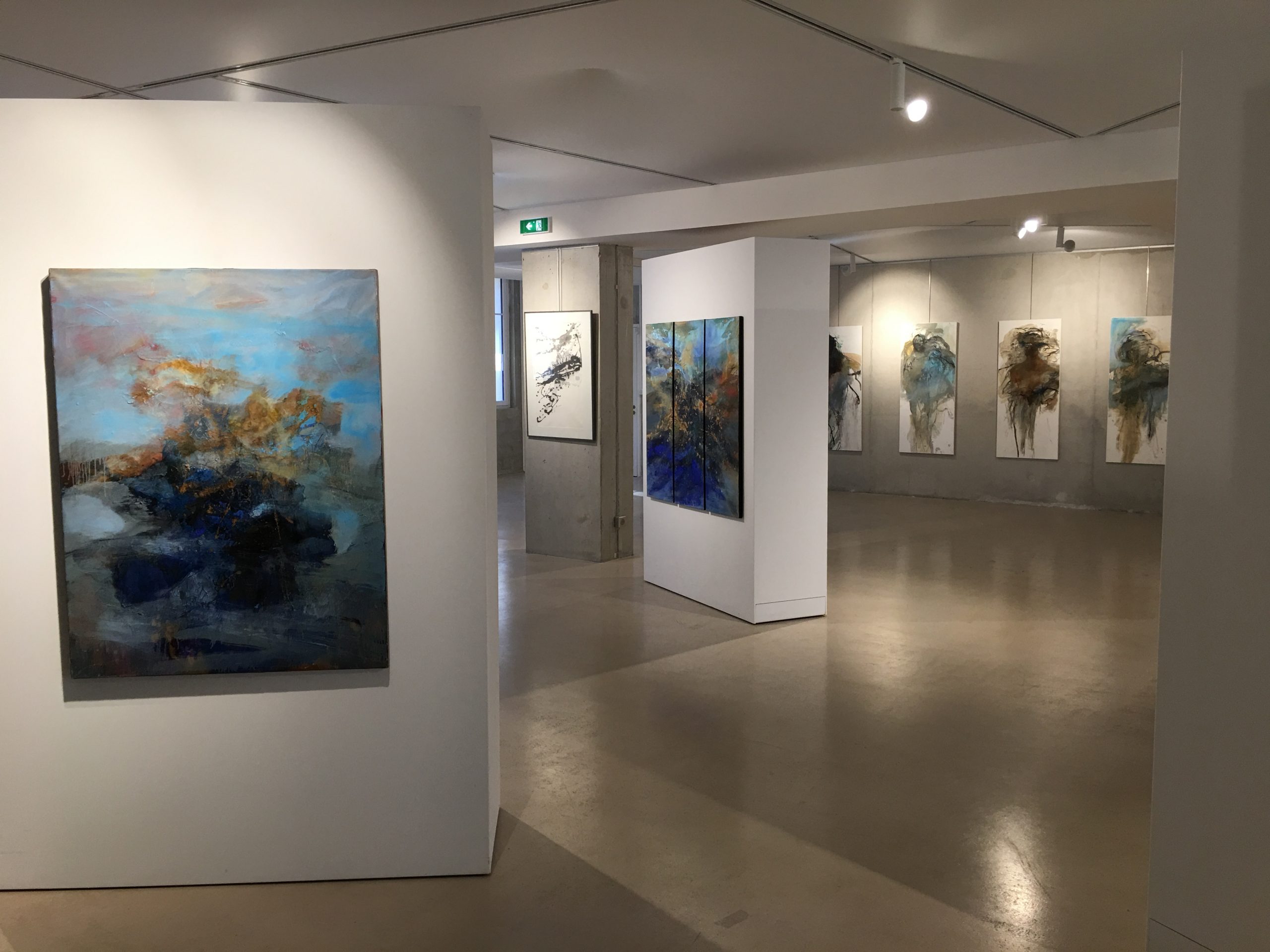 Porst card from after a visit

Located in a neighborhood under construction, the gallery is vast and bright. White walls, space punctuated by modular panels, lends itself to showcasing the works presented.
Today, Catherine Tartanac is the guest host of Urban Gallery in Marseille.

As soon as we get in, there is a sense of harmonious coherence, of successful attachment. Strong artworks, powerful it seems, are offered to the eye. The modules structuring the space draw a labyrinth specific to unexpected visions.

It seems that we find ourselves facing a serious method. A method that will challenge the interlocutor.

We must take our time to peacefully connect with this artwork. People in a hurry shouldn’t come here. You are in the wrong place !

As the artist who let time grow in its canvas, the viewer has to set its eyes, allow it to make its own way, to compare, to appreciate, to listen to its impressions, to accept the analogy that comes, to evaluate them; marvelous moments of thinking, foreshadowing any speech.

Often, the canvas has a lot to say, all we need to do is pay attention. We need to respect it. The silence is needed, he hosts the adversity.

The words will follow. Then the speech, which will make useless the need for citation from pseudo scientists, is often required to hide the validity of the speech.

A whole of vertical tears hidden just enough to make the eyes willing to look. The sfumato imposes itself, we need to dissipate it just enough in order to.

The pallet is nuanced, the final product is moderated, it serves the subject. From a side to the other the obstacle can be easily overcome.

Here is a great way to start.

A slight move of the eyes, a large blue, and gold format introduce us to Dream, Meditation, and Risk’s universe. Shéhérazade is smartly hidden indicates Orient, its tales, its magnificence, its voluptuous cruelty. The palette et mainly the touch becomes carnal.

This canvas opens on a series where presence and absence, hidings, confessions, mysteries, and many suggestions. It Is beautiful, rich and powerful.

Spaces that never end, tiny human histories talked about with caution. Chaos but with a small hop, a light, a blue come and challenge the forces that can be avoided.

The warming darkness is not a fatality. We mustn’t give up, we own the resources we need to face it. The light is everlasting.

The lucid and truthful message, as well as a hopeful message alongside tremendous energy.

The whole of these canvases, often fascinating, reminds of the gothic painting’s richness, with its magnificent colors, its sumptuous golds. These would then be possible predellas for an immense altarpiece dedicated to elementary impulses, those of Life.

Thank you, Catherine, I was deeply moved and interested.